SWIHA is proud and honored to be the only college in Arizona offering full Polarity Practitioner training programs approved by the American Polarity Therapy Association (APTA). In this program, students experience the exciting new paradigm of energy healing as they study the human energy system and see how it influences health and disease. Graduates of this program are eligible to apply for national certification through the APTA.

Based on the integrative holistic modality developed by Dr. Randolph Stone, Polarity Therapy is a natural health care system founded on the principle that bodily imbalances result from physical and emotional experiences from the past. Polarity addresses the interrelatedness of the mind, body and spirit and the energy fields and currents of the body.

Polarity practitioners work with the reciprocal, complementary or “polarized” forces, known as yin and yang, and the three ‘gunas’ or tendencies of human nature known as Rajas, Tamas and Satva. These correlate with the underlying holistic and Ayurvedic traditions on which this program is based. 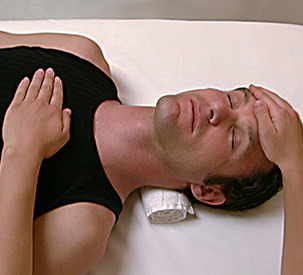 When illness or discomfort is present, the goal is to remove interferences to health and to support the body’s natural ability to heal itself.

NOTE: Certificates of Excellence are areas of concentration designed to take as CEU’s or to be taken within a diploma or degree program; they will not prepare you for gainful employment if taken independently. Only vocational programs of 600 hours or more are eligible for Federal Financial Aid.

Get a Guest Pass & Tour SWIHA

We have so much to offer:
-Complimentary 4-hour Guest Passes to any class of 8 hours or more.
-Access our online Class Calendar to view upcoming classes
-Join one of our events, webinar or open house.
To schedule a tour with one of our Admissions coaches email us at info@swiha.edu